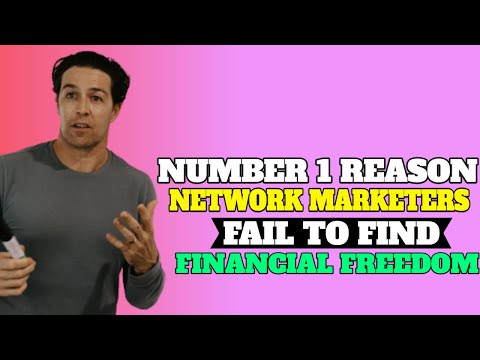 We all know the manta…

And if not – I’m sure someone will tell you pretty soon. Whether it’s from your skeptical work friend, or your brother-in-law who seems to (think he) knows everything…

‘No one ever makes money in one of those things’.

But unfortunately, we can’t deny the stats. Most people who join Network Marketing won’t reach their financial freedom goals.

But let’s look at these stats a little closer before we dismiss it.

Firstly – these oft pedalled stats will generally always include customers well. So ANYONE who has ever purchased something from a Network Marketing / Multi-Level Marketing company is considered a financial failure.

That time your mum bought some replacement Tupperware sets – failure.

That time you grabbed a box of powders from a friend to do a quick summer shred – failure.

Even my wife and I – we use a Network Marketing company as our Utilities provider; as they are cheaper and it helps a friend. But because all we do is consume their service and never more – we are a failure in some metrics. We have earned multiple 7 figures in this industry, but also considered financial failures by ‘the gurus’.

Overall, most people are retiring broke.

It’s not business models, financial models, gyms, diets, the institution of marriage – unfortunately most people give up on most things they start.

In general life – the odds of retiring with wealth, passive income and financial freedom – almost zero.

Again, even myself. I have cancelled gym memberships to go on and try different things. Does that mean I failed? Or the gym failed me? Or I just decided to try running more this year? Career wise I ‘failed’ as a Physiotherapist, because I left the industry to pursue something else. I am another stat of a ‘failed’ health care professional – when really I just needed to try something new.

So – all of that aside, the numbers aren’t anywhere near where people would like you to believe they are. BUT – they’re also still not great. We can definitely improve them. And there’s one BIG THING that we constantly miss – and one of the biggest reasons why most Network Marketers fail.

And that’s because we don’t actually teach financial skills. We don’t teach people what are assets and liabilities. What is active vs leveraged vs residual vs passive income. What is good debt vs bad debt – and how to use good debt properly. Even basic budgeting skills and financial freedom mindsets.

But we’re pretty poor at teaching people how to use the income they’re creating and turning that into a legacy. If anything – we do the opposite. We talk about vision and dreams over discipline and habits. We talk about cars, travel and handbags – rather than budgeting, investing and compound interest. We actually self-perpetuate the ‘get rich quick scheme’ negativity – by treating our business like a lotto ticket rather than showing people how to build and grow assets.

Making money and having wealth are different things.

And until we teach that properly – we won’t be respected as an industry.

There is no better vehicle on the way to financial freedom than Network Marketing. BUT – we have to show people the second half of the process. Making money is the first half, knowing what to do with what you’ve made is the second half.

It’s not as exciting as a new car or watch – but therein lies the challenge.

Andrew Logan is a Network Marketing Author, Coach and Mentor.

For your Free 7 Step Guide to Financial Freedom Through Network Marketing, click here. 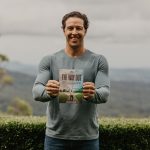 Your roadmap to building a Network Marketing business – even if you’ve never done this before.